The Moral Argument for the Existence of God

If you have wrestled with the question of God’s existence in any serious way, you have probably encountered the moral argument in some form.

Despite (perhaps because of) its simplicity, it continues to be one of the most powerful arguments for the existence of God. Indeed, it is the very argument that persuaded C.S. Lewis that Atheism was unsound. Another reason for its prominence, in my opinion, is that most people, by their intuition, already accept the premises of the argument. Most people do not, however, understand the consequences of this. The argument attempts to show that, because objective moral values do exist, a transcendent moral standard (God) must exist. 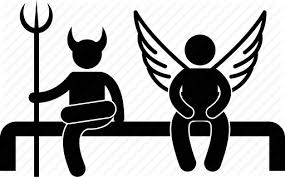 Strangely, the fame of this argument in apologetic and philosophical circles has not translated into its mastery by religious believers generally. Perhaps this is why many are easily confused and mislead by a secular pop culture.

“I get my limits from a rational consideration of the consequences of my actions, that’s how I determine what’s moral. I get it from a foundation that says my actions have an effect on those people around me, and theirs have an effect on me, and if we’re going to live cooperatively and share space, we have to recognize that impact. And my freedom to swing my arm ends ends at their nose, and that I have no right to impose my will over somebody else’s will in that type of scenario. That’s where I get them from. I get them from an understanding of reality, not an assertion of authority.”
― Matt Dillahunty

This sentiment is surprisingly common and it may seem reasonable on its face. However, when examined closely, it is lethally flawed. At bottom, Matt is either saying that morality is objective (true independent of human opinion) and can be discovered based on what is conducive to “living cooperatively” OR, more likely, he is saying that morality is purely subjective. The former is a non-sequitur because the conclusion does not follow from the premise, as we will see, and the latter is absurd and has unlivable consequences.

Indeed, when discussing good and evil, it must be asked – “what do we mean by ‘good and evil’”? When we say a thing is good, we seem to be appealing to an objective truth about the moral content of an action or circumstance. But if there is no standard beyond human opinion that defines what good is, then morality is purely subjective.

Few contemporary scholars have denied this premise until recently. Sam Harris argues in his best-selling book, The Moral Landscape, that science can give us an objective moral standard: human flourishing. But there are a few problems with this. Most importantly, this is not a fail-safe standard.  Indeed, why is human flourishing “good”? Some people believe that the greatest good that human beings could pursue would be voluntary extinction.  Humans, they point out, are consuming the planet’s natural resources, hunting other species to extinction, causing environmental disaster, and more.  What makes Sam Harris right and them wrong? The fact remains that the existence of objective moral values without the existence of a transcendent moral standard is a philosophical dead end. Science can only tell us what is, not what ought to be. Therefore, an atheist has no justification for claiming that anything is truly right or wrong, because atheism presupposes that no such standard exists! This, as we will see, has absurd consequences.

Premise 2: Objective moral values do exist. This, I confess, I cannot prove by order of logic alone. Fortunately, nearly everyone already believes this premise. The alternative is unlivable. No one really believes, for example, that there is nothing objectively wrong with rape and murder for the fun of it. Is the proposition that “it is better to love children than to murder them” just a matter of opinion as arbitrary as preferring chocolate over vanilla? If we deny the 2nd premise, we have to accept that it is. Moreover, by what authority then will we condemn anyone for their crimes against humanity? This, it seems to me, is absurd. Some things are truly wrong independent of human opinion. And if just one thing is truly good or truly evil, the second premise is true.

“Two things fill the mind with ever new and increasing admiration and awe, the more often and steadily we reflect upon them: the starry heavens above and the moral law within.” – Immanuel Kant

Or am I wrong? As ever, let me know in the comments and click subscribe if you want to be notified about future entries as soon as they are published.

Note:
I am not saying that Atheists can not be moral. Of course they can be… But only if God exists!

I am not saying that the moral argument proves that the Christian God exists. That is beyond the scope of the argument.

There is much more that could be said but time and scope restricts me to making a positive case here and answering objections in a future entry.

2 responses to “The Moral Argument for the Existence of God”